Why Have Rent Costs Increased? 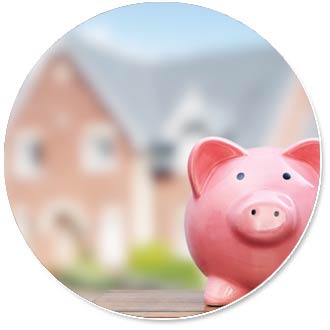 Once upon a time, affordable rent costs kept many people from the long-term commitment of a mortgage. However, a recent report from the National Low-Income Housing Coalition shows that rents have gone up exponentially over the past 10 to 15 years. One-bedrooms that used to rent for $700 a month are now reaching highs of $1,400 and more.

The report also concluded that a full-time worker would need to make $22.96 per hour to afford a modest two-bedroom rental. However, the federal minimum wage is just $7.25 per hour. So, what happened? According to experts, there are three major reasons why rents have skyrocketed.

The housing bubble burst of 2007 caused way more damage than anyone thought. Home prices tanked, foreclosure rates soared and many homeowners found they had no choice but to sell. Though construction is booming again, developers aren’t building affordable units fast enough to keep up with demand.

An estimated six million would-be homeowners are still renting after home loans came under scrutiny post-recession. People paying high rents no longer have the ability to save enough to afford a down payment on a home.

While construction has increased over the past few years, most of it has occurred in the luxury sector. The return on the investment for luxury apartments is significantly higher than building affordable housing. Construction material costs have also risen, which means developers do much better building luxury apartments with expensive rents.

After the housing crash, the government promised to alleviate the problem by setting up programs to help reverse the affordable housing crisis. Unfortunately, these programs either stalled in the House and Senate or never made it to the floor. Due to budget constraints, only about 25 percent of households that qualify for federal rental assistance actually get the help they need.

Are you ready to transition from monthly rent to a mortgage? Start your dream home search with By Carrier. We work with local families across Connecticut to customize homes that fit their specific needs and budget. Explore our active communities today!